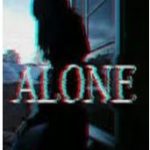 The Alarming High Cost and Frequency of Loneliness in the U.S.

Most Americans are lonely. Health insurer Cigna’s 2018 U.S. Loneliness Index* found a lack of meaningful relationships and companionship among 325.7 million Americans. Nearly half of those in this national survey reported feeling lonely, left out and isolated from others either always or sometimes.

Only about half, 53 percent, reported having meaningful, in-person social interactions with friends or family on a daily basis.

The loneliest of us are not who we might expect.

Loneliness is increasing in all sectors of society, but surprisingly the study found loneliness affects younger Americans more than the elderly. Young people are far more likely than senior citizens to report being lonely and in poor health.

When it came to the role of social media, researchers found its use was not a predictor of loneliness. Living with others reduces loneliness but not for single mothers, who report higher scores of loneliness than adults who live alone.

Still of concern, though not covered in the Cigna Index, is the rising number of lonely isolated disabled and/or elderly persons. Studies of loneliness by the geriatricians at the University of California found 43% of older adults reported feeling lonely. This did not change over the six years of the study but what did change was the rising number of isolated elderly people who reported declines in their ability to perform activities of daily living, i.e. to bathe, eat, toilet,  get up from a chair or out of bed.

The situation appears to be still worse for the disabled. Millions of disabled adults report feeling isolated and lonely. Though precise statistics on loneliness of the disabled in the U.S. was difficult to find for this blog, studies from Canada, Australia and Great Britain were more accessible, finding, for example, that over half of the disabled indicated that they felt lonely and 85% of young disabled adults ages 18- to 34 admit to feelings of loneliness.

In these countries the national governments are taking the loneliness epidemic seriously, considering it to be a significant public health problem and they are developing policies and programs to combat loneliness. Although the culture in America puts a high emphasis on individual independence and self-sufficiency, we too can and should take action personally and within our communities. Here’s why.

The result of all this loneliness goes beyond widespread emotional distress.

Not unsurprisingly, social isolation greatly increases feelings of sadness, low self-esteem, the risk for a major depression or anxiety disorder and the poor self-care, but loneliness also has serious effects on one’s physical and mental health:

If you would like to discover where you stand on the loneliness scale or find ways to combat loneliness individually and collectively, contact me by email DrSarahAEdwards@Outlook.com or call me at 661 242-2624.

*The Cigna report was conducted in partnership with Ipsos, a market research firm. It surveyed 20,000 people in the U.S. using UCLA’s conducted Loneliness Scale – a 20-item questionnaire designed to measure one’s subjective feelings of loneliness as well as feelings of social isolation. A score of 43 or higher on the scale was considered lonely.